How to send an invoice

To send the invoice, use API method:

The method creates a new invoice from an existing XML invoice or a ZIP file with invoice XML file and attachments.

After creation the invoice is automatically sent to Maventa that does the the necessary conversions and validations before sending the invoice forward.

The sending methods can be used to give extra information related to sending. You can give a specific electronic address where to send the invoice or choose which routes you want or don’t want to use to send the invoice. Also it is possible to specify invoice UUID yourself. E.g. for case of timeouts, you can retry with same UUID and if it already exists you know the invoice got created already.

NOTE! Sending or receiving of invoices is not allowed if company_state is unverified (-1) and API will return error message “Unauthorized”. Invoices can be sent after the authorization is done.

The following states can be returned as invoice state values.

* = Internal and should be used for information only.

The main invoice states used are 0=PENDING, 1=SENT and 99=ERROR. Additionally invoice can get other states if it is sent from Maventa user to another. Note that these states are informational only! For example state “DISPUTED” does not mean legal disputing of invoice.

When invoice is sent it first gets the value “PENDING”, after that the invoice will go to either state “SENT” or state “ERROR”. 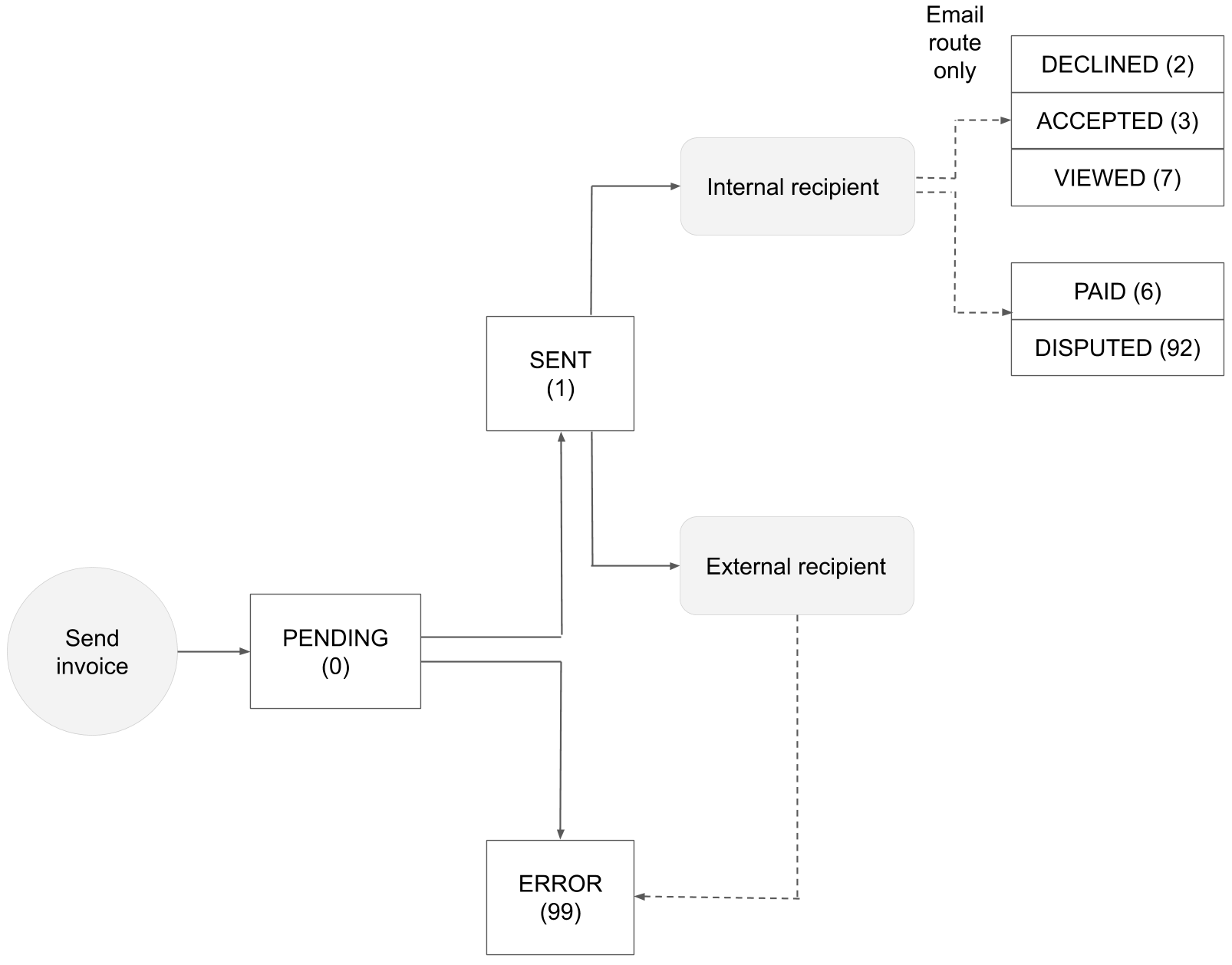 Invoice state functionality is similar to SOAP API, but with REST only three different states are returned:

For monitoring sent invoices we recommend to register webhooks. This way the sender can get the status changes of invoices immediately and take further actions if needed.

We also enable polling for the invoice status using the API methods:

More information of invoices in error state can be seen by using API method:

Depending on the cause of the error invoices can be rerouted or a new invoice needs to be sent.